As someone who’s lived in Salt Lake City for quite some time I can say there’s a lot to know about SLC!

Now you should know it’s not all sunshine and fresh powder. There’s also some major downsides worth considering before moving to Salt Lake City.

There are some considerable pros and cons of living in Salt Lake City you should consider before moving here.

And that’s where I come in. Read on for the pros and cons of living in Salt Lake City. Please keep in mind this is my personal list based on first hand experience, not everyone will feel that same way (and that’s perfectly fine).

Is Salt Lake City a good place to live?

Not really – living in Salt Lake City is slightly more expensive than the national average.

Is Salt Lake City a good place to retire?

Yes, Salt Lake City is a great place to retire for folks who love nature and outdoor recreation.

Let’s start off our pros of moving to Salt Lake City with a great reason to live here. Salt Lake City is ranked the best city in America to start a new career.

If you’re just out of college and/or new to the job market, Salt Lake City is a great place to start out. Healthcare, technology, and energy are three of the hottest sectors here so if you’re looking for something in one of those categories you’re sitting pretty.

The job market in Salt Lake City is on fire right now so even if you’re not new to the job market you shouldn’t have a problem finding one. “Now Hiring” signs seem to blanket the downtown area these days.

Salt Lake City is spoiled with incredible natural splendor. The Wasatch Mountains sit right up against the city providing a beautiful backdrop and endless possibilities for adventure.

My favorite local spot for nature is the Uinta-Wasatch-Cache National Forest which, depending on where you live in Salt Lake, is just minutes away (no more than 30). At 2.1 million acres of mountains, forests, valleys, canyons, rivers, and meadows the UWC makes for a great local playground.

Even closer to home are the 103 parks located in Salt Lake County so you’re never more than a few minutes away from some green space.

One of the top reasons for moving to Salt Lake City is the access to outdoor recreation. Ranked the 12th best city in the US for access outdoor recreation, the only thing we’re missing is an ocean (although the great Salt Lake is a pretty decent substitute).

The cottonwood canyons (Big Cottonwood Canyon & Little Cottonwood Canyon) is where you’ll find a decent percentage of the population on sunny days and weekends. Both are filled with great hiking trails and even greater skiing opportunities.

Living in Salt Lake City you’ll find some of the most popular outdoor recreation activities include:

It’s official, the young folks dominate Salt Lake City. Making up a majority of Salt Lake City’s population (a full 52%) is the 35 and under crowd.

With this shift toward millennials comes all the things they care about – great coffee shops, new breweries, brunch menus, and all things mid century modern.

And since millennials prefer to shop local rather than big box stores, small businesses are seeing the millennial boost.

If you’re looking to brighten your outlook then living Salt Lake City could be for you. Salt Lake City is ranked the 12th happiest city in the United States.

Waving to strangers on the street is not unusual, friendly greetings in stores are common, and smiles lines are everywhere.

It’s no wonder we’ve got sunny dispositions given all the time people spend in the great outdoors and the amount of sunshine we get. Community is also an important factor here, even beyond the Mormon church.

Living in Salt Lake City you’ll find that sunshine is no stranger. On average, Salt Lake City gets 222 days of sunshine per year, beating the national average by two and a half weeks.

Moving to Salt Lake City from the south, getting my fair share of Vitamin D was an important factor for me and I have not been disappointed.

The fact that the Wasatch Mountains are on the west side of the valley makes a big difference as well as sunlight is not blocked during the crucial morning wake up hours. Each morning the sun blasts the mountains with beautiful light and works its way across the sky setting behind the range.

Downtown Salt Lake City has a surprising amount of things going on these days. Between the theater, live music, farmer’s markets, bars, restaurants, and events there’s always something to do.

Fans of the theater can enjoy performances at the Pioneer Theater, Salt Lake Acting Company, Wasatch Theater, Plan-B Theater, Hale Theater, and Broadway at the Eccles.

Sports fans can head over to Vivint Arena to see our NBA team (the Utah Jazz) while soccer fans will have to drive down to Sandy to sea our MLS team (Real Salt Lake).

On Saturdays I love heading over to the Downtown Farmers Market in Pioneer Park to pick up some local produce and enjoy the sights.

A common concern I hear (and that I had prior to moving to Salt Lake City) is that Utah is not very accepting. While this is still true in many parts of the state, it’s not the case in Salt Lake City.

In fact, Salt Lake City has the 7th highest LGBTQ population in the US and has a perfect ‘100’ score from the Human Rights Campaign for LGBTQ+ friendly cities.

The University of Utah is largely to thank for the cosmopolitan attitude attracting students from all over the world.

Speaking personally, I have a pretty diverse group of friends here who feel very welcomed in the city. As a rule of thumb, the close you get to downtown Salt Lake City the more open the people are.

Foodies thinking about moving to Salt Lake City can rest easy. SLC has a great and growing food scene. While the downtown was hit pretty hard by COVID it’s coming back strong with lots of great restaurants.

The restaurant scene in Salt Lake is both surprisingly and incredibly diverse with flavors from all over the world.

If cleanliness is important to you then living in Salt Lake City might be a great choice. Salt Lake City recently ranked as one of the cleanest cities in America.

Walking the streets here you’ll find very little graffiti, trash, or litter. Streets are swept frequently and overall Salt Lake City has a clean feel to it. It’s reminiscent of Vancouver, BC in its impeccable cleanliness surrounded by incredible mountain vistas.

This clean comes despite the low air quality (which we’ll get to in a moment).

Is the quality of the air an important factor in moving to Salt Lake City for you? If so, I’ve got some bad news to report. Salt Lake City is ranked the 9th worst city in America for air pollution.

Air pollution has been a growing problem for many years here and is showing no signs of improvement. Part of this is due to summer wildfires that (increasingly so) destroy air quality in the valley with clouds of smoke.

Combine that with the frequent winter inversions which trap in all of car exhaust and industrial air pollution in the valley for days at a time and you’ve got a recipe for raspy lungs.

Climate change is wreaking havoc in the western United States with massive and near constant wildfires being one of its the most pronounced effects.

Salt Lake City has been one of the many victims of these wildfires via diminished air quality and destroyed nature. In summer it’s no longer a matter of if but when wildfires will ignite and how close to the city they’ll be.

Seeing that all too familiar plume appear in the Wasatch Mountains and rocket skyward always gives me a pit in my stomach knowing the effect it will have on all of us.

Housing affordability seems to be a problem everywhere right now. Depending on where you’re moving from Salt Lake City from you might find homes here to be really expensive or a great deal.

The current median home price in Salt Lake City is 550K & the average rent is 1400 for a one bedroom.

This is a full 130K above the national median home price of 430K. If you’re coming from the west coast these prices might seem too good to be true while moving from the southeast your eyes might bulge a bit.

4. The drought is real

The drought in Salt Lake City has become a major issue of concern in recent years with lakes and riverbeds drying up. The great Salt Lake itself is drying up and reaching record low levels every year.

Just getting to the lake itself nowadays requires a considerable hike because of how much it’s receded. But the drought conditions don’t stop there.

With the state projected to get drier and drier in years to come, the drought is worth a consideration if you’re thinking of moving to Salt Lake City.

Now I know you just read about the drought, but the dryness in Salt Lake City is it’s own con. Folks interested in moving to Salt Lake City should know just how dry it is. According to the latest statistics Utah ranked as the 2nd driest state in America.

Speaking personally, coming from the southeastern US before moving here, I did not realize how different it would be living in Salt Lake City.

Something to know about living in Salt Lake City is that not only is there very little rainfall here, but the air is so dry I constantly have to apply lib balm to prevent severe chapped lips and lotion to my skin to prevent it from going full reptile.

If you have sensitive skin then I recommend visiting the state for a week or two to see how you hold up before moving to Salt Lake City. Over time I’ve adjusted by being vigilant but it was a transition for sure.

After these cons you’re probably ready for a drink, eh? Think again. Alcohol laws in Salt Lake City are about the strangest and most restrictive there are in the United States.

All liquor transactions directly to the public must happen at state run liquor stores (a monopoly).

While beer and wine can be picked up at most grocery stores and gas stations , the maximum ABV allowed for these is 5% (prior to 2019 it was a mere 3.2%!). Getting higher gravity beers requires a visit to one of aforementioned state run liquor stores.

On top of that, expect small wine pours at restaurants (the maximum allowable is 5 ounces) and skimpy cocktails (1.5 ounces of primary alcohol is the max allowed) at the bar.

Ready to head back home to that expensive house? You better hope those pours were as light as the state requires. The legal BAC (blood alcohol content) in Utah is a paltry .05% (or 1 to 2 drinks) making it the lowest in the United States.

And if that wasn’t sobering enough, you probably guessed it by now, alcohol is really expensive in Salt Lake City (5th most expensive state in the US) thanks to the 5th highest alcohol taxes in the country.

Is Salt Lake City a good place to live?

Is Salt Lake City a good place to retire?

Yes, Salt Lake City is a good place to retire for folks who love nature and outdoor recreation.

No, marijuana is still not legal in Salt Lake City.

The population of Salt Lake City is currently 200,478 people.

How many days of sunshine in Salt Lake City?

There are 222 days of sunshine in Salt Lake City on average beating the national average by more than two weeks. 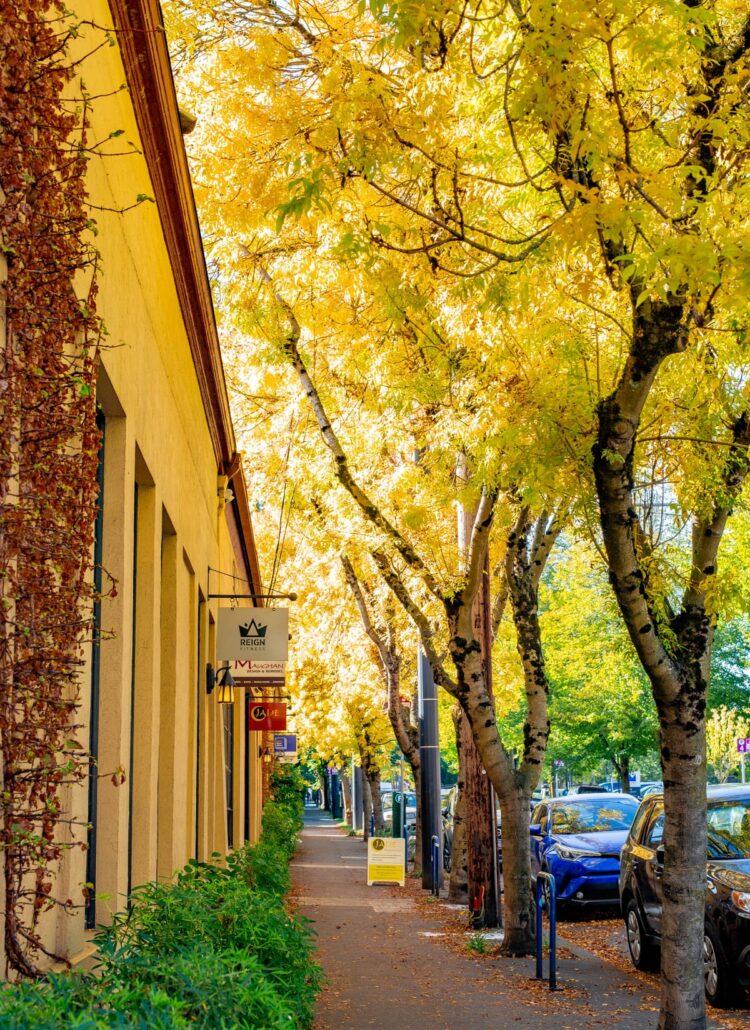 12 Things to Know About Living in Seattle Vs. Portland (Local’s Take) 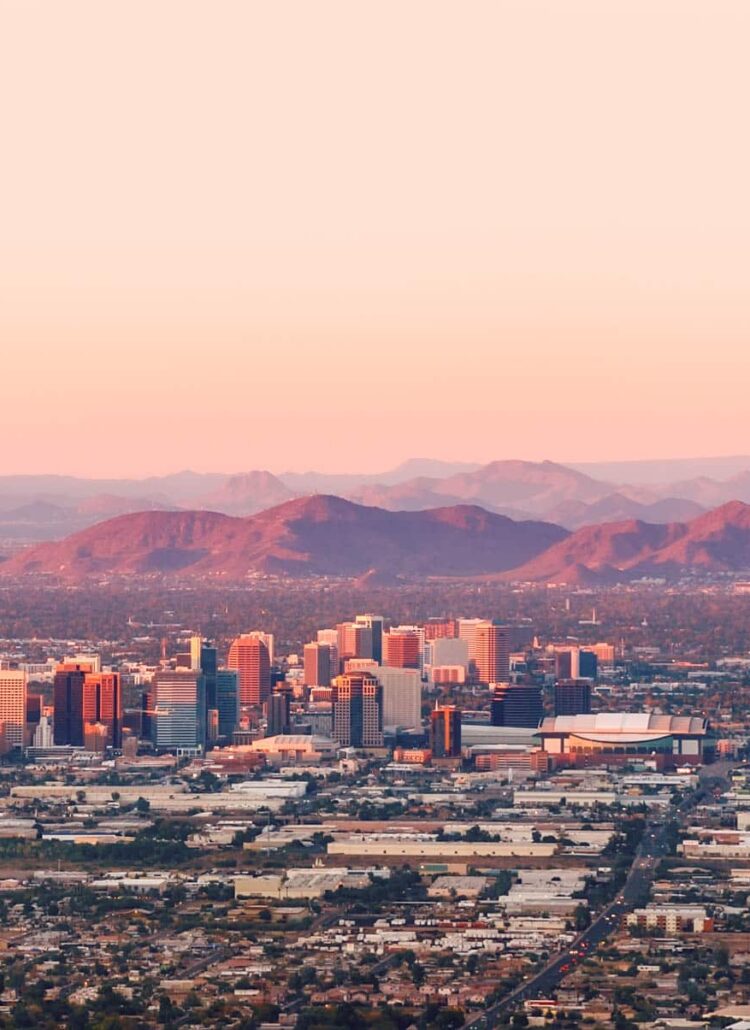 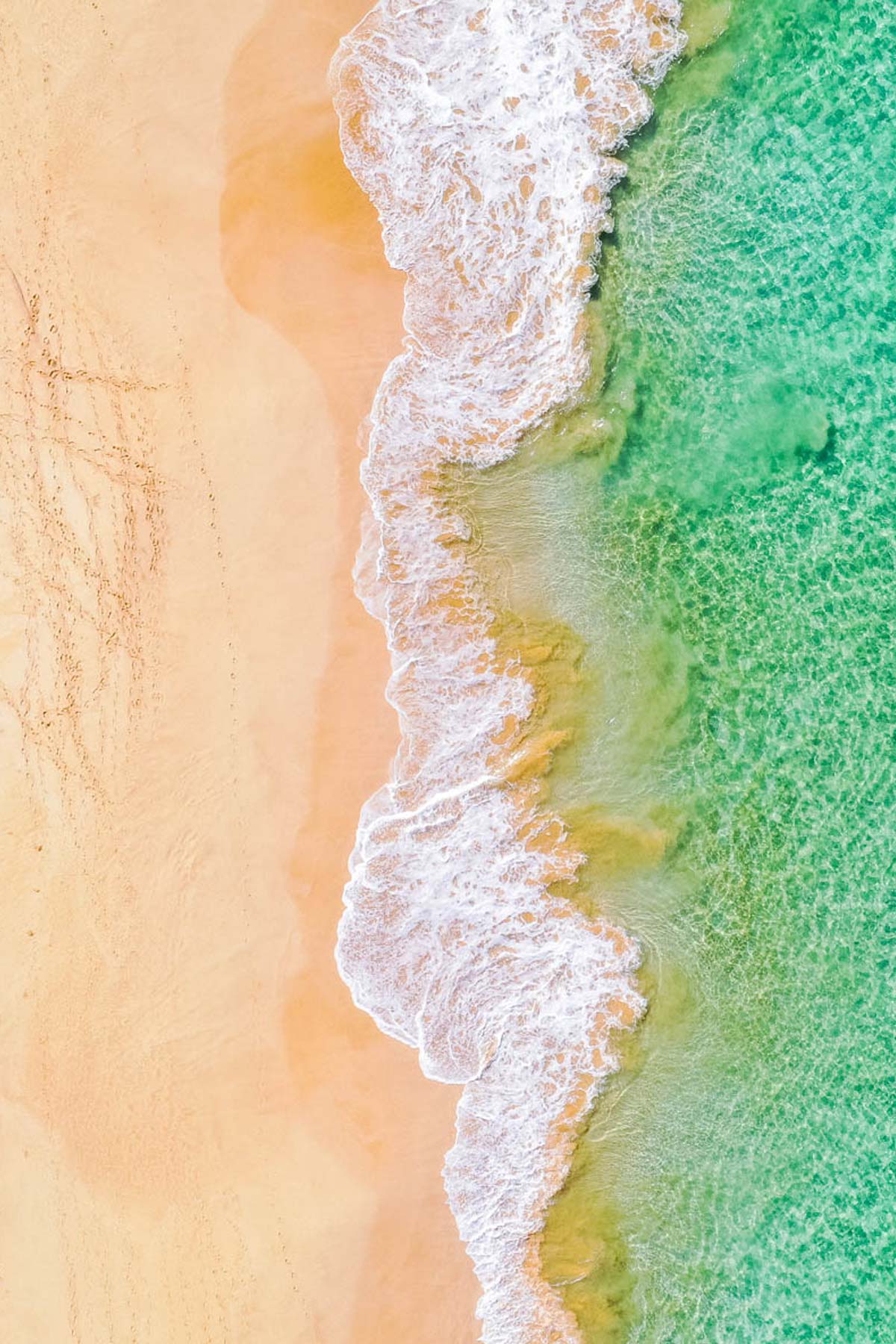